I have been using Vernon Buerg’s LIST.COM program for more than twenty years.  I found it very handy to list files and directories.  It was so handy, that I can’t live without it.  Thanks to Steve Ballmer's company, newer versions of Windows that run on 64-bit computers do not support 16-bit applications like LIST.COM.  Having learned of the 2009 death of Mr. Buerg, and because I used LIST.COM more than daily, I have decided to write my own directory/file list program.  I am currently writing code and have a Beta version.  ZBLIST Version Beta_7U was released on 16-November-2013.

Success and features will depend on what the computing public wants.  So if you happen to find this web page on the INTERNET, and you, too, are in need of a LIST.COM program, please email me.  Tell me what features you just can’t live without.  If this venture is successful, I might work requests into the next release.

The good news is that I have been a computer programmer for forty-one years.  Unfortunately, it's mostly in IBM mainframe Assembler language so ZBLIST is written in Visual Basic 6.0, a WIntel, 32-bit high-level language.  Note: Vern Buerg's LIST.COM was a 16-bit application.  16-bit applications do not run on x64 computers.  While many 16-bit applications do work with Windows-7 and a virtual PC running XP mode, for some reason, LIST.COM does not.

Some users have requested access to an early BETA pre-release, so here it is.

This is BETA Release 7Y
Download a ZIP file of ZBLIST.EXE.
Read the ZBLIST limited documentation.

.
Execute ZBLIST Beta directly from my web site.  We believe all necessary run-time modules are already in Windows.  Note: Firefox users must download the program if you click on the entry.
While Beta versions of ZBLIST are free, we reserve the right to institute a nominal charge as Vern Buerg did for his LIST.COM. 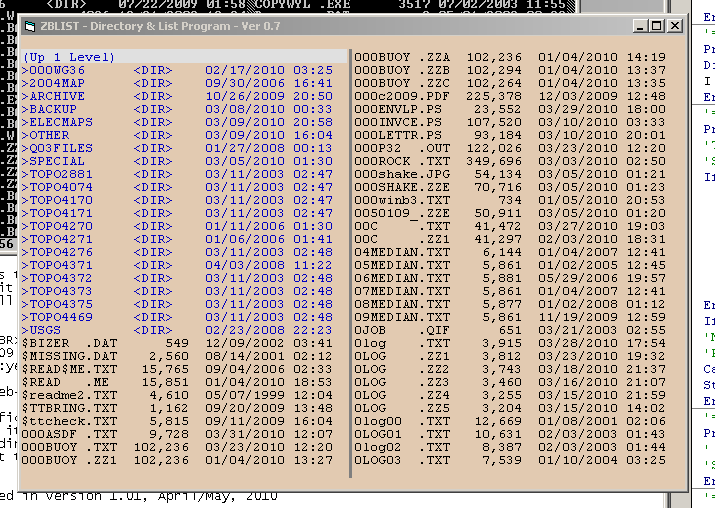 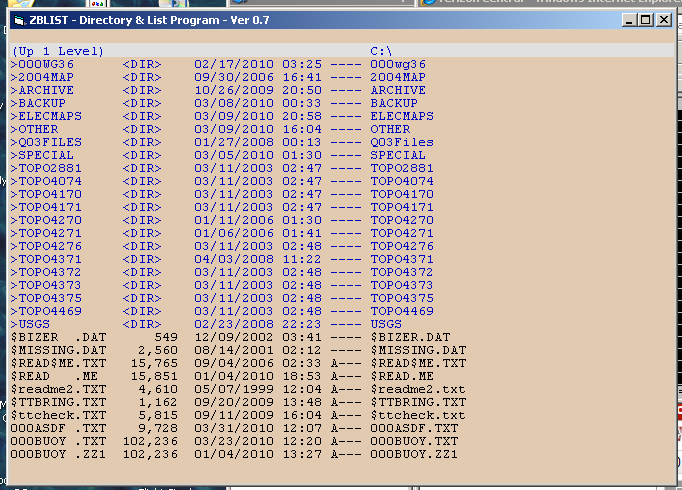 January, 2014 - When I purchased my first 64-bit computer in the summer of 2009, I found out that 16-bit programs like LIST.COM did not work.  I assumed someone would come along and write a similar program.  I emailed Vern Buerg.  Vern said that it was doubtful that he was going to write a 32-bit (or 64-bit) version.  After four months, I started to write something.  Five months later, I had my first version.  I am hoping that people will thank me with donations.  I know I will not have as many followers as Vern did, but I can hope. Anyone contributing $25 or more will get a version of ZBLIST that does not nag you for a donation after a few months.  Anyone contributing $40 or more will be allowed a one-time upgrade within three years.  If you have a ZBLIST feature that you would like added, a contribution would move your request towards the top of the request queue.

You can contribute by: